This bridge is on the Old Donner Pass Highway .


It has a spectacular view of Donner Lake and 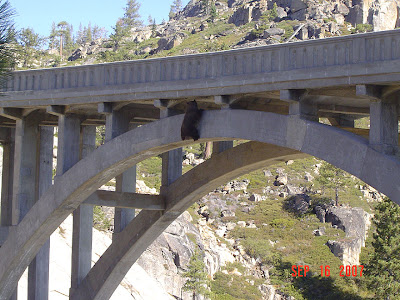 A bear was walking across Rainbow Bridge ( Old Hwy 40 at
Donner Summit , Truckee ) on Saturday when two cars, also
crossing the bridge, scared the bear into jumping over the
edge of the bridge.

Somehow the bear caught the ledge
and was able to pull itself to safety. Authorities decided
that nothing could be done to help Saturday night so they
returned Sunday morning to find the bear sound asleep on
the ledge. 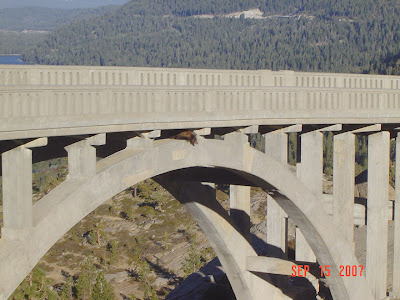 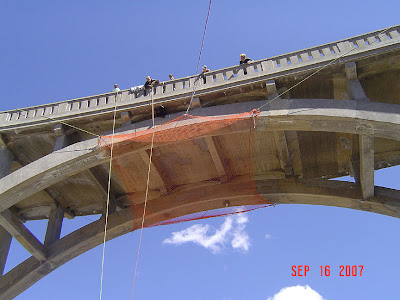 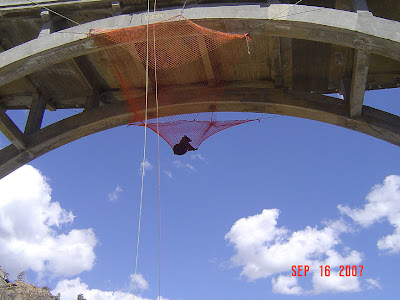 After securing a net under the bridge the bear was tranquilized,
fell into the net, lowered, then woke up and walked out of the net. 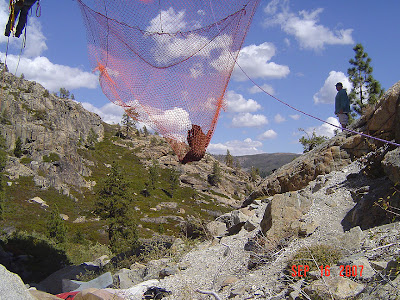 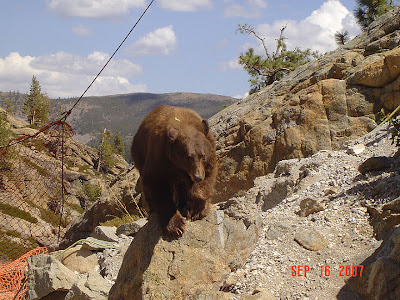 There is a moral to this story; this old bear made


a wrong move and found he was hanging by his nails. Somehow
he was able to pull himself up onto the ledge where he saw he
was in a very bad, impossible situation and what did he do?
Yep, he took a nap and sure enough, God took care of the
situation while he was asleep.
The moral of the story is that when confronted with a bad
situation, sometimes the best solution is to take a nap and
let God take care of the rest.
I think I'm going to take a nap right now.
God is on the job.
Hugs, Prayers and Sweet Dreams.